The Wandle Women were hard at work with the wheelbarrows at this cleanup near Garfield Primary School in Merton. 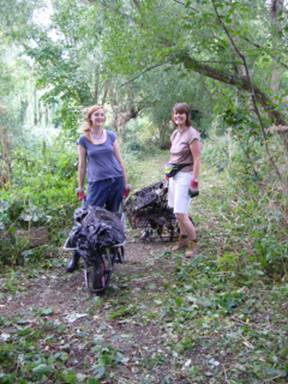 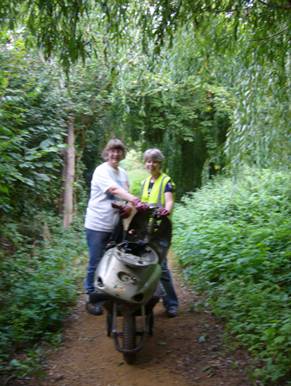 We first attacked this stretch of the river in December last year but this time we started downstream from the footbridge and found plenty of large items.. 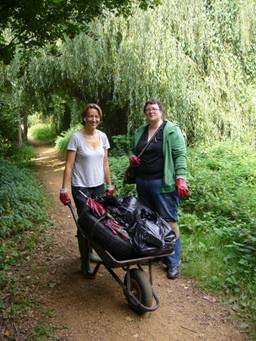 To be fair the boys did work hard too …. this motorbike proved to be particularly tricky. 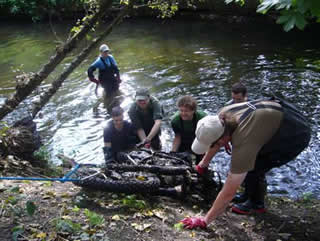 And there was much relief when it was finally out and transported to the dumping site in Autumn Close. 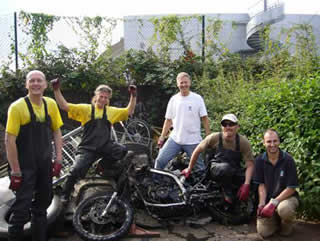 We retired to the Leather Bottle in Garrett Lane for a few drinks and some chips.  A big thank you to Nick who has very kindly housed the damp waders in his attic for nearly as long as his record consecutive attendance at cleanups and we’re grateful to John for re-housing them in his garage.