The one with Evel Knievel and the Transit van door! 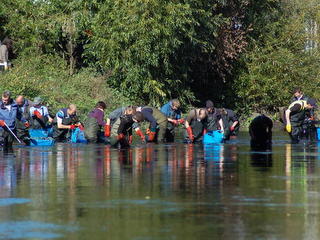 With the leaves turning a glorious red and visibility of the river bed much clearer due to the autumn sunshine, 44 volunteers embarked on removing scary amounts of rubbish from the stretch of the Wandle between Ravensbury Terrace and Trewint Street, and as usual in this location we had our work cut out for us! 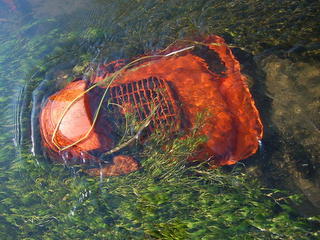 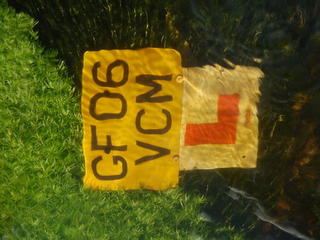 Volunteer and amateur photographer Sally Ann Symis beautifully encapsulated the gritty urban setting of the Wandle under the railway bridge, even managing to capture the arch mirrored in the water below… 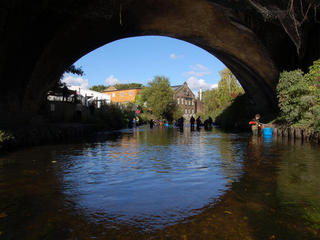 … while our hard-working volunteer, Mark, also got some shots for his own blog report!

Leo, our youngest volunteer, was very keen to get into the river. Under the watchful eye of his mum, Jill, he thoroughly enjoyed his first time in waders and was especially thrilled to retrieve a rather water-logged Evel Knievel. 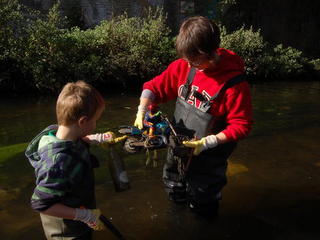 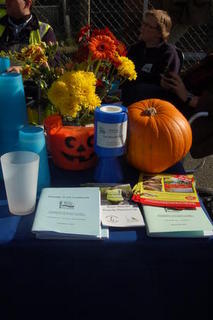 … so we enjoyed a treat of bread and homemade hummus, beetroot and chocolate brownies, ginger cake and an apple tray-bake magically produced by Sally and Jo. There weren’t too many food miles on the main ingredients, as the beetroot came from Jo’s garden and the apples from our Trustee Simon’s allotment!

The Wandle is a well known stronghold for eels, especially in Wandsworth, and our volunteers spotted up to nine of varying sizes, including this little one which was safely retrieved from the bottom of a trug and carefully placed back into the river: 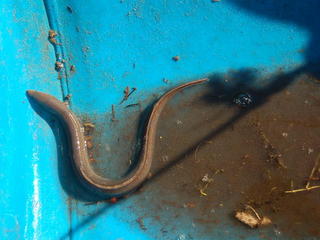 Towards the end of the cleanup, we were astonished to find a Transit van door… 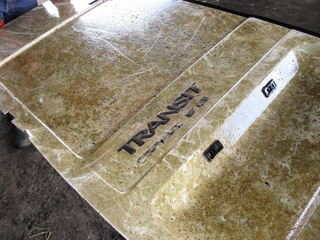 … while Roger found (and decided to keep) a pair of British Rail ashtrays which must have been chucked out of the window of a passing train as it rattled over the Wandle on its way to Waterloo! 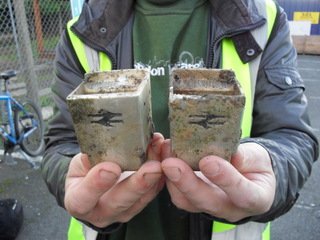 Right on cue, Terry from Wandsworth’s waste management team turned up with his truck and Jo H and Roger, amongst others, steadily loaded up all the rubbish as it came out of the river: 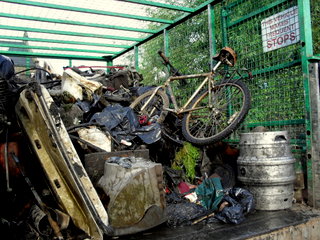 We’re grateful, as always, to Joanna and Michael of Wandsworth Council’s Waste Management Team who organised collection of the rubbish. 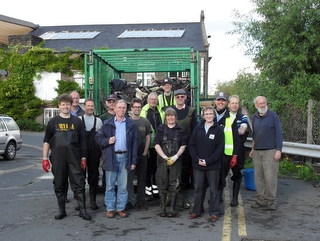