For the 11th year in a row the great and the good of the Wandle Valley and beyond came to support our schools’ trout release on the river.  How lucky we were to have a lovely sunny day for the event; and thanks to the hospitality of the National Trust, beautiful surroundings too!

Please click on this link to see a magnificent video of the day made by our volunteer Philip Williams. 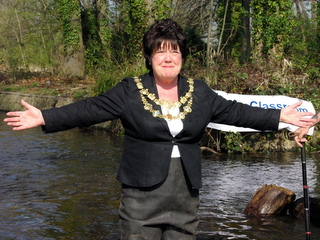 Our guest of honour, the Mayor of Wandsworth Councillor Jane Cooper, was a terrific sport, wading into the river still wearing her mayoral chains to assist the school children as they released their fry: 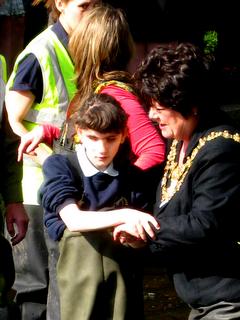 Her chauffeur Barry was slightly concerned for the mayor’s safety – as well as the honorary bling – but it all turned out well in the end! 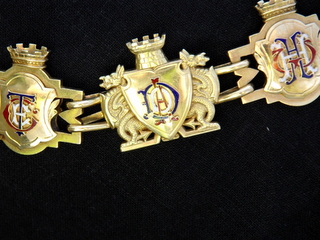 Meanwhile Furzedown Primary School and their teacher were being shadowed by a CBBC film crew and Newsround presenter Joe Tidy.  The crew followed the kids as they carefully carried their buckets of little fish on the journey all the way from the school, via the London Underground and Tooting Broadway, to Morden Hall Park. 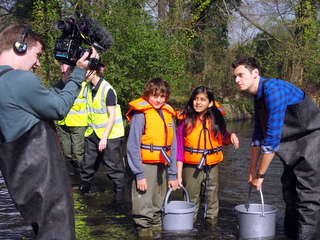 We wonder if this experience will help these trout to become urban-adapted survivors?

The footage was broadcast nationwide on Easter Monday, sending out an important message across the UK. Click here to watch the programme, and here to see the report in the Wandsworth Guardian. 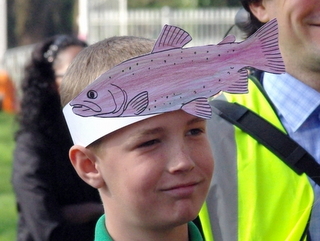 The trout teams were fantastically decked out in trout hats and carried banners, and were rewarded for their efforts with chocolaty treats. 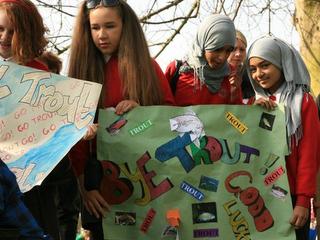 Our Trout in the Classroom Project Director had once again gone way overboard and fashioned a complete trout head mask.  Known to the children as Trout Man, maybe he had taken this moniker way too literally? 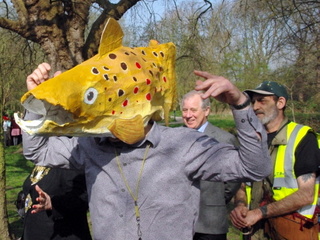 Once again we must thank our supporters, donators, volunteers and teachers for their valuable contribution… 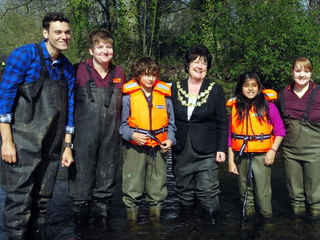 … and of course the school pupils, because without all of them this endeavour wouldn’t be possible! 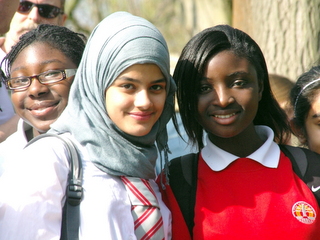 2 thoughts on “What an extraordinary turnout to see the trout!”